Q: I just had never heard the word Anusthan (in this life) before. The concept appeals to me greatly in a wherever-two-or-more-are-gathered kind of way. I wanted to be a part of something that was calling in/anchoring the new Light codes coming in, and needed assistance with it. Your offering provided exactly that…thank you for doing this. I’ve often shared your Gabriel messages over social media – appreciate them very much. So definitely I am joining in.

Thank you for your response.

Yes, Anusthan is not a common word for Westerners. It is pronounced with soft A’s like paw. Ah-noos-than. We are dedicating small moments of our time for a group spiritual practice.

An Anusthan is what my spiritual teacher from India called a dedicated practice that we would do as a group at our ashram in Santa Cruz, CA in the late 1970’s and early 80’s. Even though it was over 40 years ago, I can still remember the power I felt during the days of our group spiritual practice.

There have been interesting studies of people in spiritual practice affecting the world around them. It’s called the Maharishi Effect because of Maharishi Mahesh Yogi, a physicist who taught Transcendental Meditation. He loved to conduct experiments that proved while people were meditating, there were less emergency room visits and violence. Surprisingly, this effect occurs when only 1% of the population is in dedicated spiritual practice. This means we only need a little over 8300 people focusing on Divine Light to change the consciousness of the world.

This was put to the test under the careful scrutiny of a distinguished review board in 1993 in Washington, D.C. The maximum decrease in violent crimes was 23.3%. The statistical probability that this result could reflect chance variation in crime levels was less than 2 in 1 billion (p < .000000002).The finding was that when 1% of a community doing spiritual practice together, the crime rate was reduced by 16% on average. At this time, the phenomenon was named the Maharishi Effect.

An Anusthan is a spiritual practice that is dedicated to a specific purpose for a specific number of days. Often in the ashram, when we were celebrating a Hindu holy period, such as Nav Ratri. We would do a 7-9-day practice dedicated to the Divine Mother or another Hindu deity.

Q: How can we Westerners fit a spiritual practice into our crazy busy lives?

Surprisingly, even a dedicated spiritual practice that is only 10-30 minutes long will have a powerful effect on your personal sense of meaning and purpose in your life. This is amplified because we are practicing as an international group of people interested in bringing higher consciousness to the planet.

And though it may also come as a surprise, waking up 30 minutes earlier will not cause you to feel more tired. The energy generated from the spiritual practice itself will uplift and energize you. There have been many studies on the benefits of meditation, even proving scientifically that 20 minutes of meditation equals more than one hour of sleep.

Q: What do we do in this Anusthan practice?

In our ashram, we took the time to read sacred texts, do focused meditations, breath practices and/or specific mantras in specific amounts. It was variable. The practices were dedicated for 5, 7, 9 or 11 days, and we would all be doing the same one.

During an Anusthan, there were days when I could hardly wait to sit down and do my practice. Other times I dragged myself to the altar I would make for that specific Anusthan practice. By the time I finished however, I always felt different. Sometimes very inspired, often I went into deeper meditations than usual, or maybe just spacey feeling. Every day is different. The one thing that is certain is that through the practice, we have tapped into a more expansive, illuminated Presence than we can reach in our normal waking states.

Many of the people who have joined me in this practice had similar experiences I did throughout the days of the Anusthan. There are many who have had beautiful spiritual experiences, visions and visitations from masters and angels. The end result has always been enlightening and transformative for each person. Who does not need to feel empowered? My intention is that you have a direct experience of God working within you.

Q: What is the purpose of this Anusthan?

This practice is dedicated to Peace within us and Peace on Earth  with a sense of Balance for all humanity. As we access the quantum fields of pure potential, we are able to use the frequencies of Peace and Wellbeing to establish a new foundation for life on Earth. During this group practice we are strengthening our radiation of those powerful spiritual attributes, through our bodies and into the world.

These quantum fields are made up of Divine Light. Together we are activating the coding within the pure Light that contains Divine Love and Infinite Intelligence. With the power of our intentional practice, we can bring Divine Light into our energy systems and actually raise the frequencies of Light in our cellular structure. When Light enters our physical being and raises the frequencies, all that does not match that frequency is transmuted.

Archangel Gabriel has said that “when one brings the transformational power of Light into their being every day, they become both radiant and magnetic.”

Q: Why would I want to use a Sanskrit mantra, and how could I even pronounce it?

Don’t worry. There are English affirmations included that you can use instead. Also, there is a very detailed 26-page guide book that walks you through the steps of creating a sacred space for your spiritual practice, as well as giving you a choice of different mantras to say. Some are quite complex and many people resonate with them. Others are very simple yet extremely powerful for a number of reasons.

Q: What do we receive in your daily email messages during the Anusthan?

One of my gifts is to receive messages from the Archangels. Usually Archangel Gabriel  (or maybe another Archangel) will give us a message every day. There have been times when the messages came from other Archangels. These messages are deep and inspiring, and offer a practical and often brilliant application for all that we are doing.

In the Anusthan, we are being empowered to expand our ability to receive higher frequencies of energy that can transform our lives. As we do this group practice, we are creating a new foundation for life as we know it. The daily messages will offer more depth and awareness for this profound new insight.

In addition, many of the participants send photos of their beautiful and meaningful altars which I include, along with mine. When others comment about their experiences, I often include these because they are not only inspiring, they also may resonate with what may be your experience. I will often comment on my experiences for that day for this same reason.

Q: It does not seem appropriate to charge for spiritual practices. Why do you do that?

There is no charge for the spiritual practice. However, I do not have the technical skills to release this kind of work to the public. Because I need to hire a tech person, I am only charging for that service. 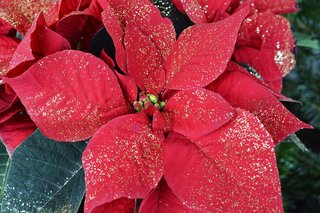 All those who join us will receive the extra bonus of the 12:12 Ceremony with Shamanic Astrologer, Kelly Beard.

12:12 Activation of Unconditional Love, Plus Teleconference

Please don’t hesitate to comment here if you have questions.